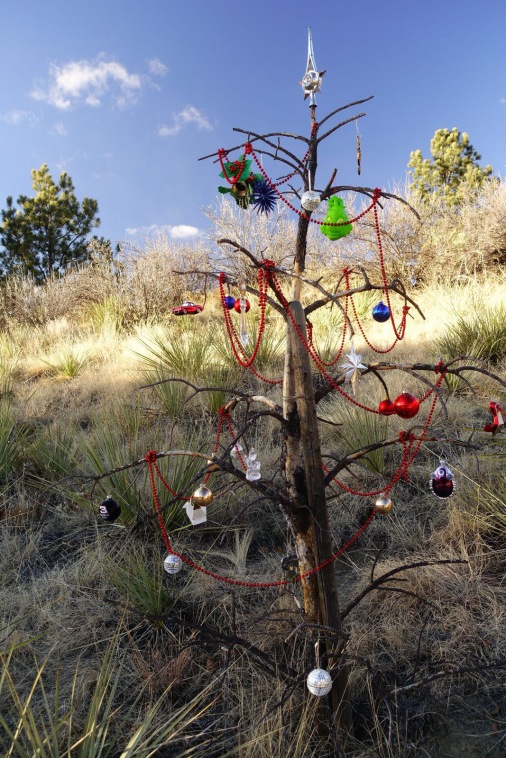 A Christmas tree we “discovered” while hiking in a park in Colorado, where we’re visiting family for the holidays.

A big thank you to all my followers for your contributions, reading and sharing throughout the year. I’ll be back in the new year with more book reviews, blog posts and a few little surprises too. 🙂 So, watch this space! Meanwhile, have a very merry Christmas and a joyous new year.

‘And the thing is, Donald, I’ll never know if it was the best way or not, do you see? You choose your path, and then you have to walk it, all the way. We all do.’

Donald is a gentle and lonely young man living with his mother in a tiny, close-knit fishing village off the west coast of Scotland. Struggling to eke out a living for the two of them, he fishes, keeps crab pots and helps his Uncle Hugh when necessary. Unable to relate to his cousins or to the other villagers, Donald takes joy in nature and being on his own.

When he goes out to check his crab pots late one night, he witnesses something magical. Seized by the beauty of this spectacle, Donald acts out of character and does something unthinkable. Afterward, filled with remorse, Donald hopes to make up for his actions. But it’s too late. He will have to live with his deed for the rest of his life. How he manages the aftermath will make all the difference.

I enjoyed this story, which is based on the legend of the selkies, one of my all-time favourite myths (for more on selkies see my review of this series). Bristow’s exploration of Donald’s character was skilful and refreshing—while Donald does something terrible, the writing is never heavy-handed or judgmental. Bristow shows her characters, presents the dilemma and lets the action play out naturally—no easy feat! Her writing is poignant and evocative of the harsh but magnificent landscape of the west coast of Scotland, an area I was lucky enough to visit last year. This is a beautifully-written and memorable novel, which I hope to reread someday.

Sealskin is available from Amazon UK, Amazon US and all good bookstores.

…the prophecy began ringing in Militis’ ears: the most gifted will rule next, one to guard and protect, one to rule, both bound by blood. None shall stand in their way, they will suffer great injustices, great grievance. But they shall rise in times of peril. Shifters will unite.

Jack and Lily Legend live in North Cyprus, with their mother, Linda, and their father, Militis. On the surface, they look like any other family, but beneath their ordinary veneer, they are avian shapeshifters with a mission to help protect animals and the environment.

When Jack and Lily decide to take a boat ride one afternoon with their teacher, Mr Gardener, Lily discovers dead fish floating on the surface of the sea. Hoping to practice her magical, healing powers, Lily leans in for a closer look. Just as she does, the boat rocks, knocking her overboard. Lily gasps for breath and tries to reach the surface of the water but becomes entangled with a giant squid. Unable to free herself, a friendly dolphin comes to her assistance. What Lily discovers next will come as a huge surprise.

A richly imaginative fantasy adventure for children, The Adventures of Shifting Jack: New Friends features the familiar Jack and Lily Legend from book 1 in the series, The Adventures of Shifting Jack: A New Home. This is a delightful story underpinned by an educational message about the importance of taking care of nature and each other. Children will enjoy getting to know Jack and Lily Legend and all their friends, both old and new. Adults will also enjoy this tale of bravery, determination and camaraderie between adults and children set in the unique location of North Cyprus.

For those that read that interview, you’ll know that at the time of writing The Adventures of Shifting Jack: New Friends, Denise was battling a rare form of brain cancer. Sadly, she lost that fight in January of this year.

The Adventures of Shifting Jack: New Friends is available from Amazon UK: https://www.amazon.co.uk/Adventures-Shifting-Jack-New-Friends-ebook/dp/B0771N81BF/ 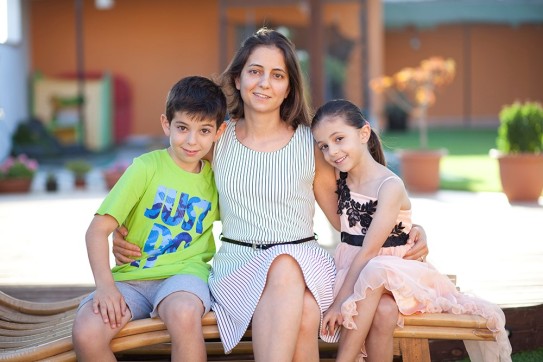 The Adventures of Shifting Jack: New Friends has been published posthumously. Author Denise Ersalahi Erguler fought a courageous battle with a rare form of brain cancer for 13 months. This, the second in the series of Shifting Jack books, was written after Denise was diagnosed in December 2015 and bears testament to her courage, determination and great story-telling ability. Denise leaves behind a husband, Olkan, and two young children, who inspired her to write her children’s books.

Denise Ersalahi Erguler was born and raised in Hackney, London and moved to North Cyprus in 1994 with her family where she studied Interior Design at a local university for four years. She then pursued a career in this field in London working for various designer companies at the peak of the industry. In 2005 setup her own interior design company.

In 2007, Denise left her successful business in London behind and moved back to North Cyprus to help grow her family business, Mermaid Fabrics of London in Kyrenia. This decision was made upon the belief that she would be closer to home and family for support in bringing up her child in a safe environment.

Denise began writing in 2010. In her stories, she used real life characters and stories evolving around her to build her fantasy world giving us the opportunity to share her dream world.

The Adventure of Shifting Jack: A New Home, which won the Children’s book award at the Radio WORKS Author Awards, London, December 2016.

The Essence, an adult Sci-fi novel.