I’ve got a new post on my editing blog, which you might be interested in. It’s about the writing and editing process, as it relates to self-publishing authors. Here’s the link: https://kendraolsoneditorial.com/2020/06/25/the-writing-amp-editing-process-for-self-publishers/

Have a great week.

It’s been a long time since I’ve written anything specifically for this blog. Mostly this is because I’ve consciously shifted towards giving more of my energy over to my editing work and writing for my editing blog, when I have the time to. But it’s also because this blog became, primarily, a book blog. When I took on more paid editing work, I made a deliberate decision to shift my focus towards helping authors earlier on in their writing journeys. While the book blog was fun, it also took up a lot of time and energy that I needed to devote to my editing business instead. I still love reading—if I didn’t I wouldn’t have chosen to become an editor—but I (mostly) no longer feel the need to review books for my blog.

However, I do still like to write and not everything I like to write about has a home on my editing website/blog. So I’ve decided to experiment with shifting the focus of this blog (again). I’d like to use it to write about whatever takes my fancy at the moment—general musings on life, or whatever. In one way, this seems counterproductive—this is a reading and writing blog that I began to help promote my novel, then used to help promote other authors’ work. But, in another way, it is a writing blog and it is my platform. So….

I hope you’ll stick with me through this experiment but, if you’d rather not, then that’s okay too.

Until next time. Stay safe and stay well.

Over on my editing blog, I’ve written a short reflective post that you may be interested in reading. If so, then you can find it here.

I recently wrote a couple of blog posts for my editing website, but then forgot to post them here! The first post I wrote was about something that’s affected my creativity for some time now: fear. When I wrote this post, I wasn’t sure which blog to post it to. It seemed to fit over here better, but then the post came to me while thinking about my freelance editing business, so I added it over there instead. You’re welcome to read the post, if you’d like: https://kendraolsoneditorial.com/2020/02/19/on-fear/

The second post I wrote was simply a short reflection on my editing business and new directions I might like to go in. You’re welcome to read that one too, if you’re interested: https://kendraolsoneditorial.com/2020/02/26/february-reflections-on-new-directions/

Image by Pexel at Pixabay

Have you written a mystery/suspense, dark fantasy or ghost story? If you have and you’re in need of developmental editing, then you could be in luck.

To celebrate Halloween, I’m offering a limited discount on my editing services for writers of mysteries/suspense, dark fantasy and ghost stories, or any story that contains a creepy element to it. The discount is ten percent off the cost of any full developmental edit, critique or outline review (see my Editorial Services page on my editing website for definitions of these services). The offer is available now and lasts until midnight on November 1st. The discount applies to any edit booked prior to then (even if the editing doesn’t take place until after the offer finishes). If you’re interested in taking advantage of this offer, get in touch with me via email: kendraroseolson@gmail.com with details of your project or visit my editing website’s Get A Quote page.

I look forward to discovering your stories!

I was recently interviewed by the talented author and poet Leslie Tate about my work as a developmental editor. You can read the interview here: https://leslietate.com/2018/10/5984/ 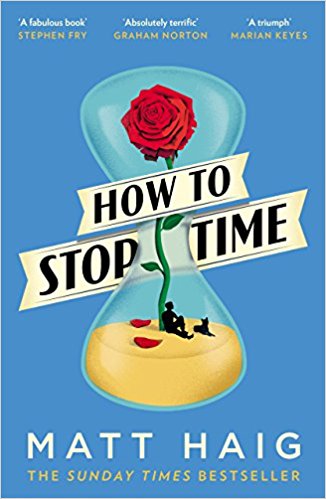 I got her to play two strings, back and forth, plucking at a quickening pace, along with my heart. I touched her arm. I closed my eyes, and felt fearful of how much I felt for her.

‘Music is about time,’ I told her. ‘It is about controlling time.’

Tom Hazard is much older than he looks, having been born in Elizabethan England with a rare genetic condition that causes him to age very, very slowly (at the rate of approximately one year for every fifteen years). While his mother considered it to be a gift, the condition has caused Tom numerous problems in life. Fear, suspicion and heartache dominate his existence. He’s had to endure his losses, alone, for centuries.

When a mysterious woman named Agnes holds him up at gunpoint late one afternoon in 1891, telling him that she’s taking him to Plymouth and, from there, to America, he has no idea what to think. What he learns is that there are others like him in the world, and that they’re part of a secret organisation, which he now must join. The first rule of the organisation: that you must not, under any circumstances, fall in love. Those who are part of the organisation must change their identities every eight years, moving to a completely new location in a different part of the world and becoming an entirely different person. This is, supposedly, to ensure their safety and the safety of others like them.

The story is told in first person from Tom’s perspective and alternates between his present—where he teaches history in a Tower Hamlets comprehensive school—and his various, colourful pasts. Haig does an excellent job of capturing the feeling of history without getting bogged down in detail, while simultaneously keeping the focus on how Tom’s past affects his present-day reality.

How to Stop Time contains all the right ingredients for a highly engrossing and memorable story: romance, adventure, an exciting plot with mounting tension, immersive settings and an empathetic protagonist I rooted for all the way through the book (and then some). Matt Haig has certainly succeeded in stopping time with this novel, not only for his protagonist, but also for this reader.

How to Stop Time is published by Canongate Books.

I bought my copy of How to Stop Time from my local independent bookstore, Ink 84.

How to Stop Time is available from all good bookstores and from Amazon.

I imagined Paul strutting home, a girl on each arm, somehow sporting a moustache and a foot of extra height. Moustachioed imaginary Paul would look down at me as he glided past with his harem.

‘Who’s she?’ the girls would chirrup.

Kate and Paul have been married for nearly ten years and have two beautiful children—Isabel and Harry. Paul works in advertising and Kate spends her time looking after the kids. However, despite the appearance of happiness, Kate and Paul are both dissatisfied with their relationship.

As they’re preparing for their anniversary trip to Cornwall, Kate stumbles upon a letter, carefully hidden inside a book in their library. What she reads in it will change her life, and marriage, forever. But, now that Kate knows, she needs to tell Paul. Before she’s able to muster the courage to do so, she tries to discern the emotional truth of her marriage. She thinks back over her history with Paul—they grew up together in Somerset, and were best friends during childhood and adolescence, before separating to go to university. It was only after he moved to London, for work, that they started a relationship.

Told in first person, from Kate’s perspective, and alternating between her past and present, Seddon delivers a story brimming with suspense as she paints an empathetic portrait of a relationship in jeopardy.

Having thoroughly enjoyed Seddon’s first two novels, I was looking forward to reading her third. I was not disappointed. If anything, I enjoyed this novel even more. While Seddon’s work falls into the thriller/suspense categories, her stories focus primarily on character—how a specific character came to be who they are and what makes them act as they do. It’s this well-considered interplay between her characters’ motivations and her plot that makes her work such a joy to read. In Love Will Tear Us Apart, there’s also a romantic element, which enhances the story further. It was this last aspect that particularly stayed with me after finishing the book. As always, Seddon raises some interesting questions that resonate beyond the bounds of her story.  I can’t wait to read her next novel!

Love Will Tear Us Apart is published by Corvus and available from Amazon UK and Amazon US.

Visit Holly’s website to learn more about the book and her writing.

Today I’m excited to announce that my novel, The Forest King’s Daughter, is featured on Jane Davis’s Virtual Book Club, her interview series which gives authors the opportunity to pitch their novels to book clubs. You can read it here: https://jane-davis.co.uk/2018/05/22/virtual-book-club-kendra-olson-introduces-the-forest-kings-daughter/

I was recently interviewed by Amy over at The Shelf of Unread Books about my novel The Forest King’s Daughter and historical fiction more generally. Here’s a link to the interview, if you’d like to read it: https://theshelfofunreadbooks.wordpress.com/2018/04/29/qa-with-kendra-olson-author-of-the-forest-kings-daughter/